On the way to climbing mount Elbrus, we decided to spend a couple of days in Moscow. My dad lived there back in the late 60s & early 70s so I’d heard plenty of stories from those times, but nowadays the public image of Russia is quite different so it’s hard to make up one’s mind what to believe. And I must say, the city caught me by surprise. Not being sure what to expect is probably a big reason why I ended up really enjoying my stay.

You could tell the government has put a lot of effort into making Moscow imposing, monumental, massive, and overall worthy of being called the capital of Russia 😉 With its big buildings, wide boulevards, cleanliness (I know!), well maintained parks & public spaces (at least in the central parts), it certainly leaves a lot of other cities in its trail. Being there in August I’m sure helped — fewer people, nice weather, green trees, etc. It didn’t even seem that expensive to me, but that’s probably because I’ve been spending quite a bit of time in London.

But there’s also more going on beyond the investments that were made. There a ton of young people you see on the streets or come across foreigners from different walks of life and corners of the globe. The restaurant scene is diverse and offers opportunities for every taste with cuisines from all over. There’s just a spirit of something new, bubbling, a change perhaps. In a lot of ways it reminded me of Berlin, a city I deeply love. Let’s hope I wasn’t wrong and this isn’t just a facade.

I’m fully aware that it’s quite possible that my view is that of a tourist for a few days, which probably differs to what Moscow is really like. I’d be surprised if that wasn’t the case. Yet, I’ve been around quite a few cities now and know what to look for. First impressions matter and Moscow certainly doesn’t fail to leave a lasting one. If nothing else, it’s worth you visiting and finding out for yourself 🙂

Talking about first impressions, there’s a lot of traffic. And the boulevards are some of the widest I’ve ever seen, some reach 5-6 lanes in each direction. Nuts. 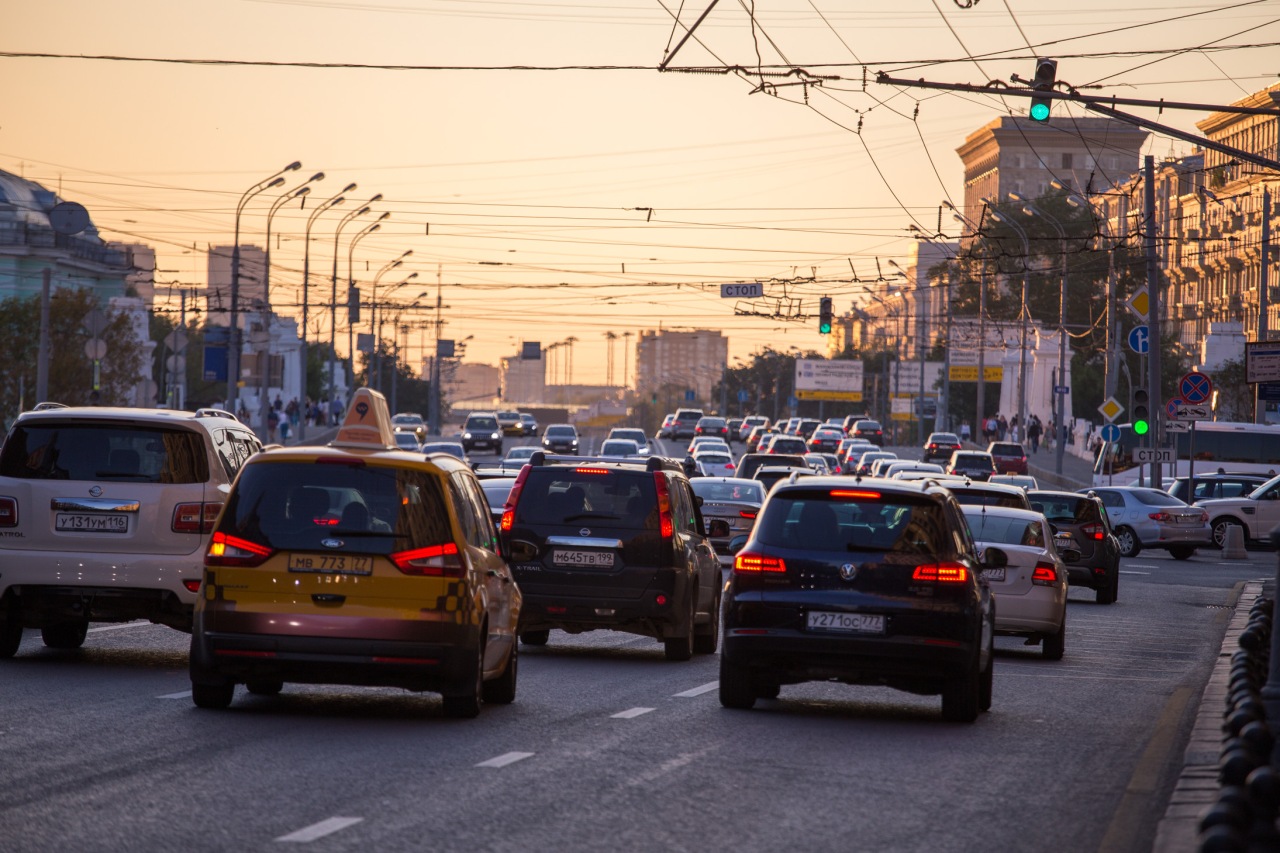 And really massive buildings — it’s clear that you are meant to be in awe. 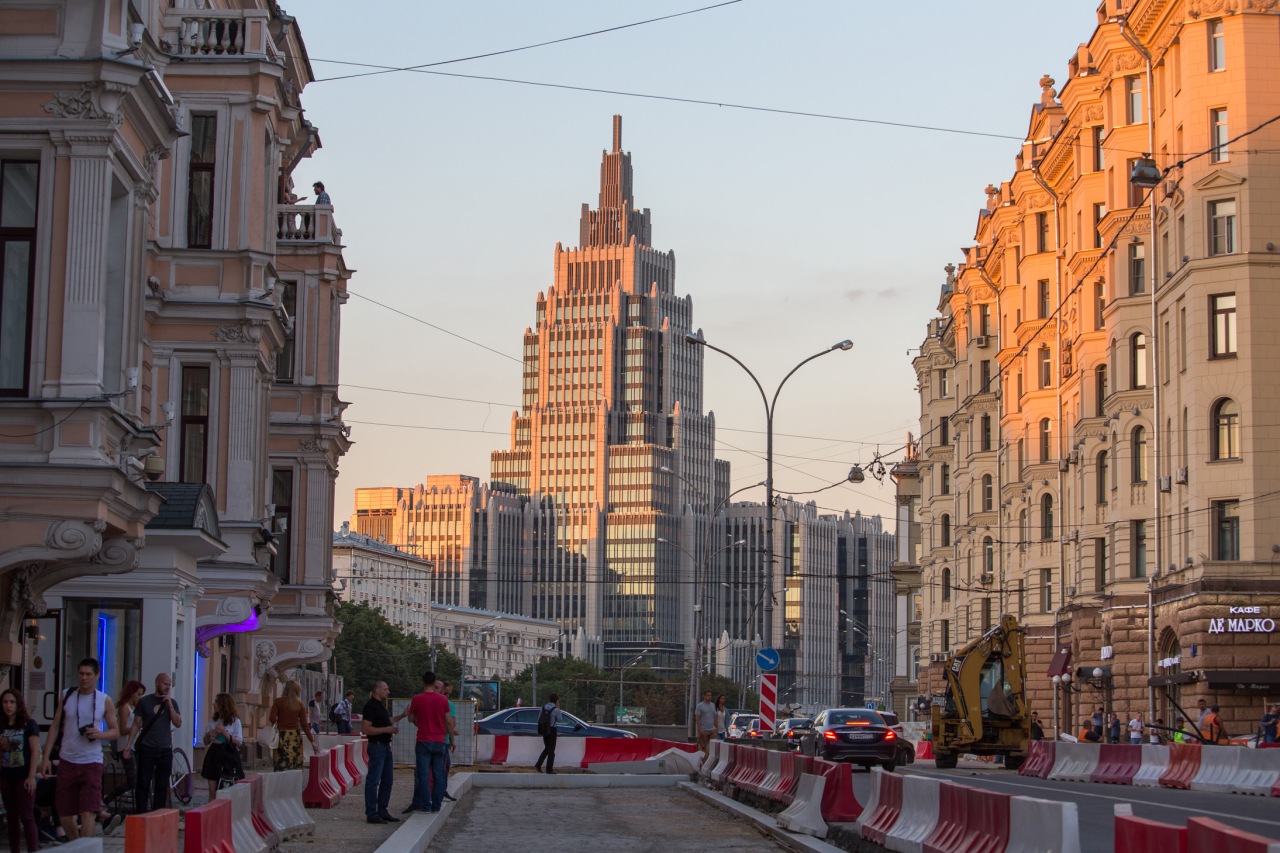 The infamous Red Square at dusk. I found myself just sitting down on the pavement in one of the corners and just observing the crowds, quite fascinating. 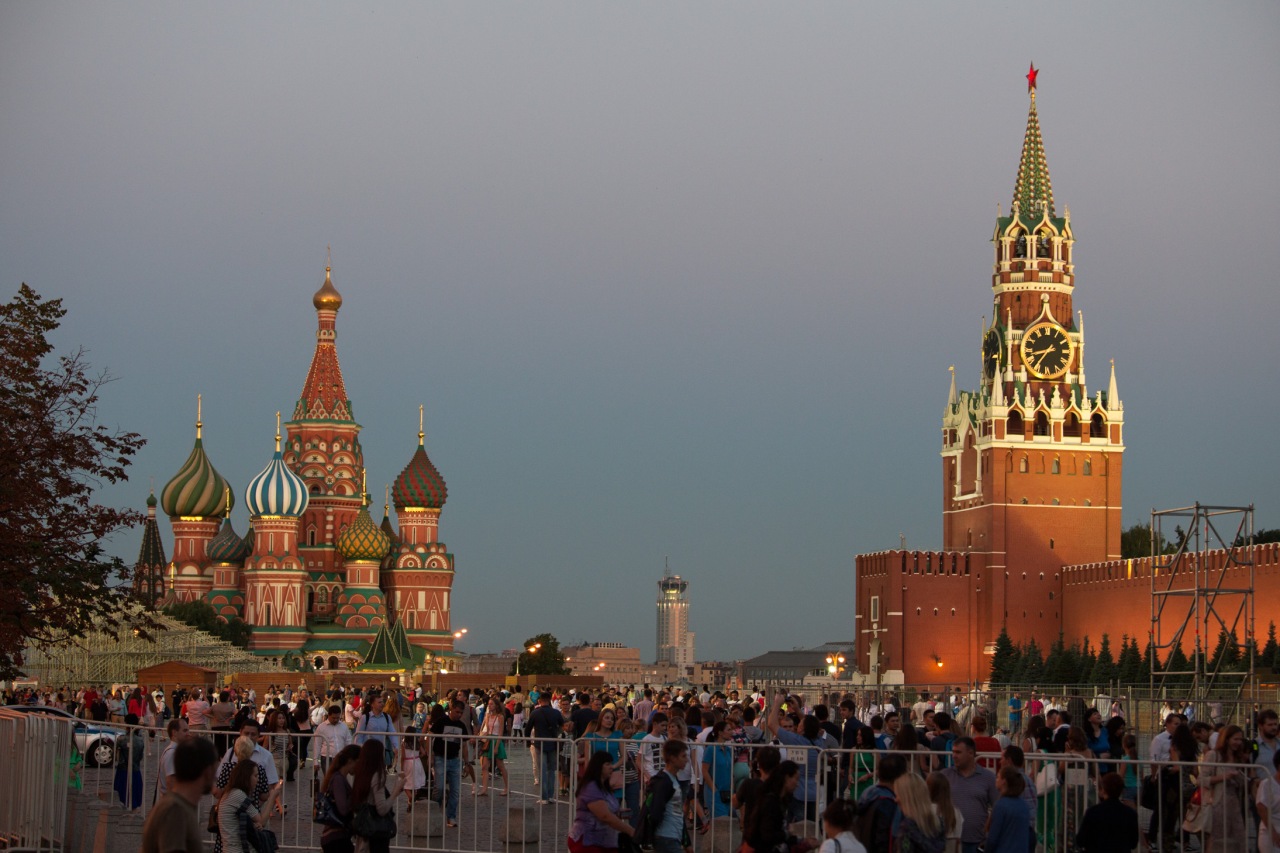 Tourists be tourists. I’m not even sure what this guy was doing 😀

Great little place to grab food in the late hours. Walking around this part of town, I kept thinking how very East Berlin it was.

They love their churches.

The State Historical Museum with its interesting neo-Russian design of 1872. It’s on Red Square, in case the bricks didn’t give it away.

I love the fact that the hammer and sickle symbol can still be seen throughout the city.

I’m not sure if we classify that as modern day propaganda or just national pride, but they sure were proud of their Olympic uniforms. Look at the size of that store! And it wasn’t the only one. 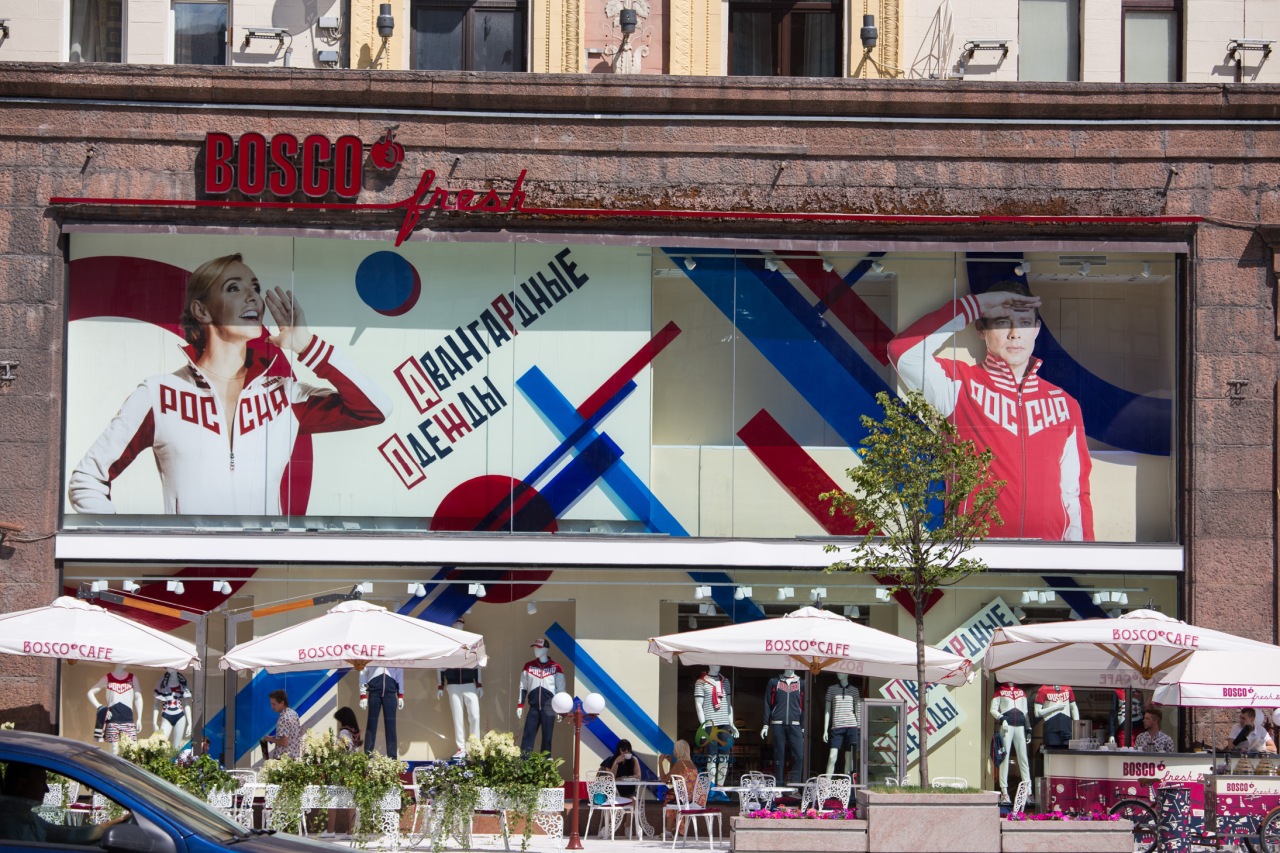 The big red star reminded me of the Buzludzha monument, the abandoned and Soviet-inspired building in Bulgaria. I believe the one in Bulgaria is 3x larger, which I find funny 😉

Why does this not surprise me? 😀

I thought the eagle was an American thing. Also, a strange choice to promote suits.

Yet another huge building. And another star on top of it. I’m sensing a pattern here 😉

By far the funniest passer by I saw. But that should tell you something about the acceptance of different people in the city vs the rest of Russia. 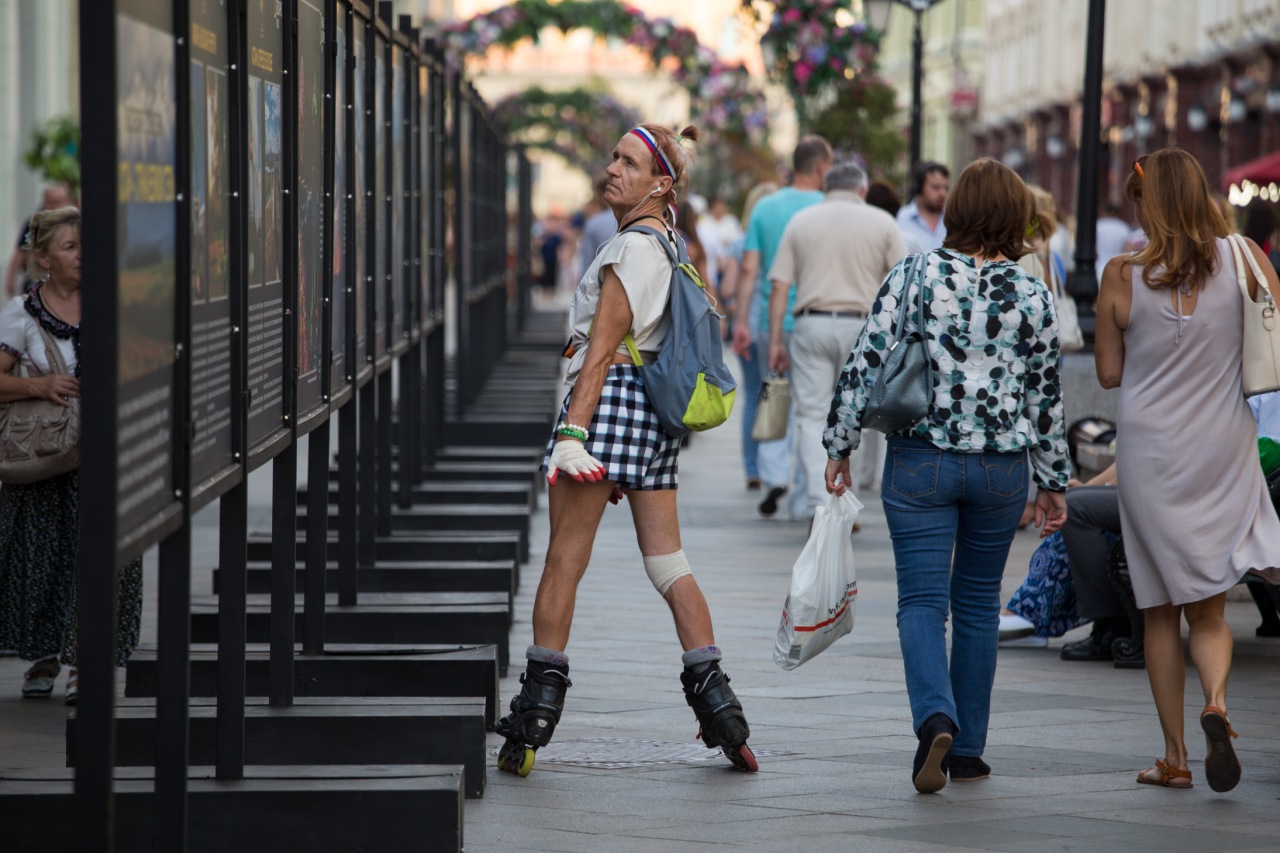 A huge monument honoring Tsar Petar the Great. Why isn’t it public knowledge there’s a 98m edifice that completely dwarves many other famous monuments out there? I was really surprised by the size of it, a must see in person 🙂 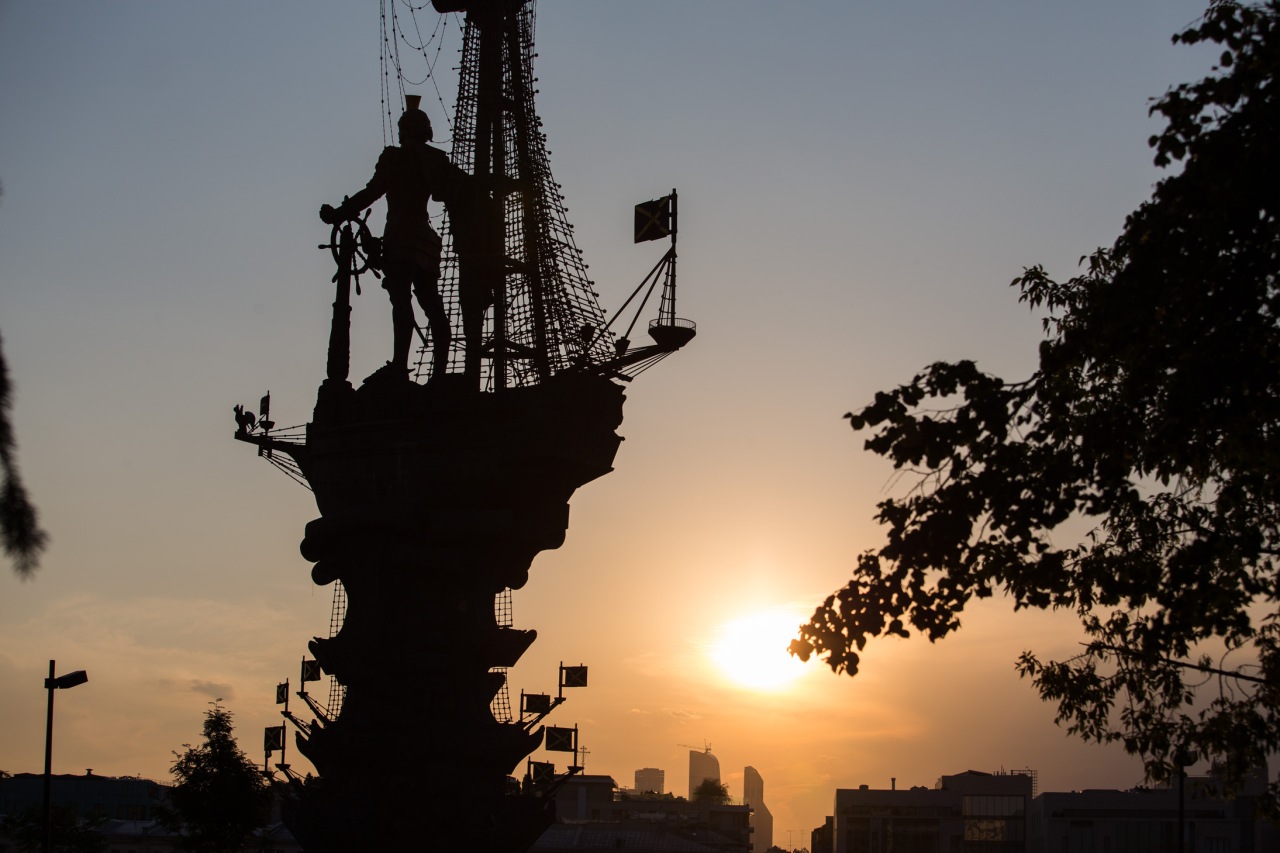 Draining the Kremlim swamp? Just kidding, it was too easy not to do this one. Hope I don’t get modern-day KGB chasing me for that joke 🙂

Cathedral of Christ the Saviour in all its glory around sunset. With its 103m in height, it’s the tallest Orthodox Christian church in the world. Second most favorite shot in this post, it was such a great moment. 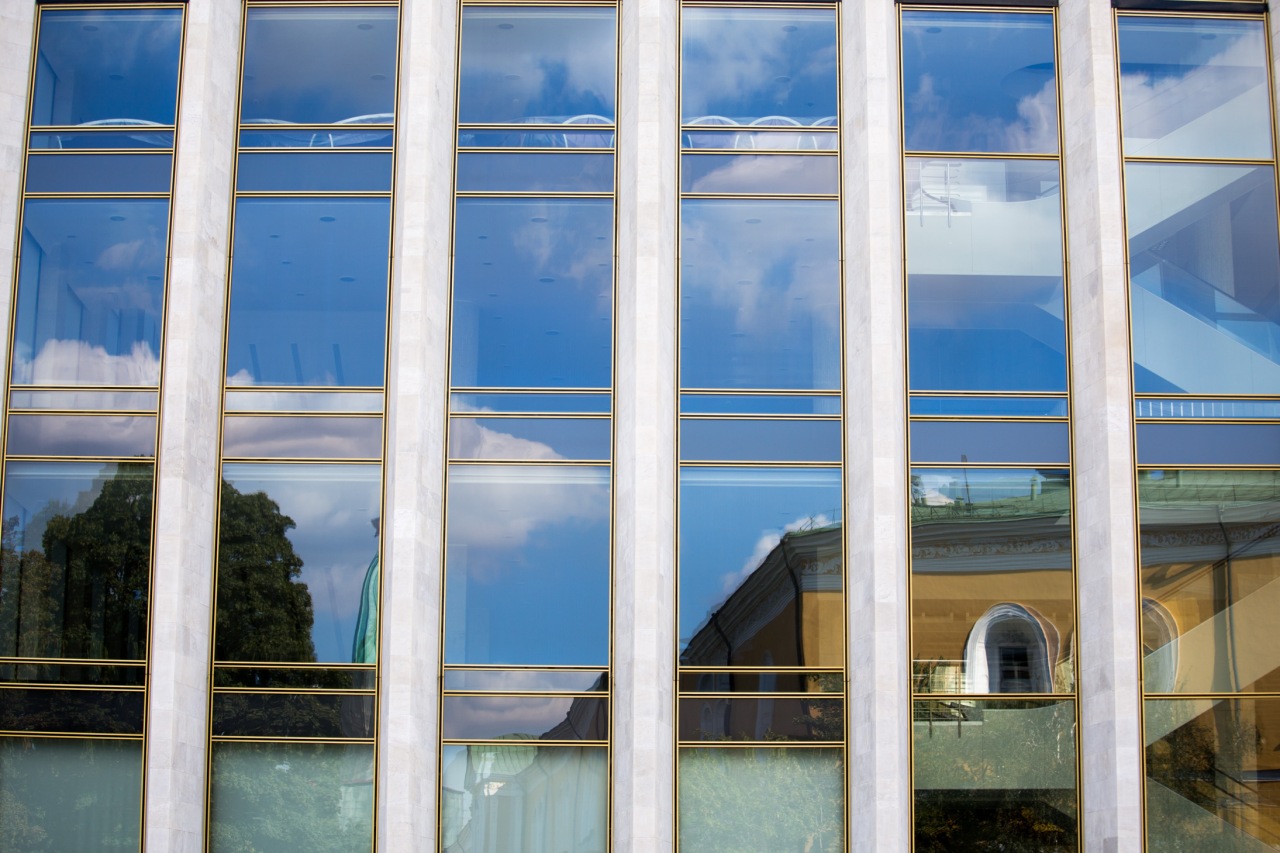 This took a good 10 minutes of back and forth attempts to get it right. Clearly it was his fault 😀

Favorite shot from Moscow. When the crowds dissipate on the Red Square, it becomes a great place to just sit and observe. You get rewarded with moments like this.

Great little restaurant, one of many we came across.

The proper way to grow a tree. 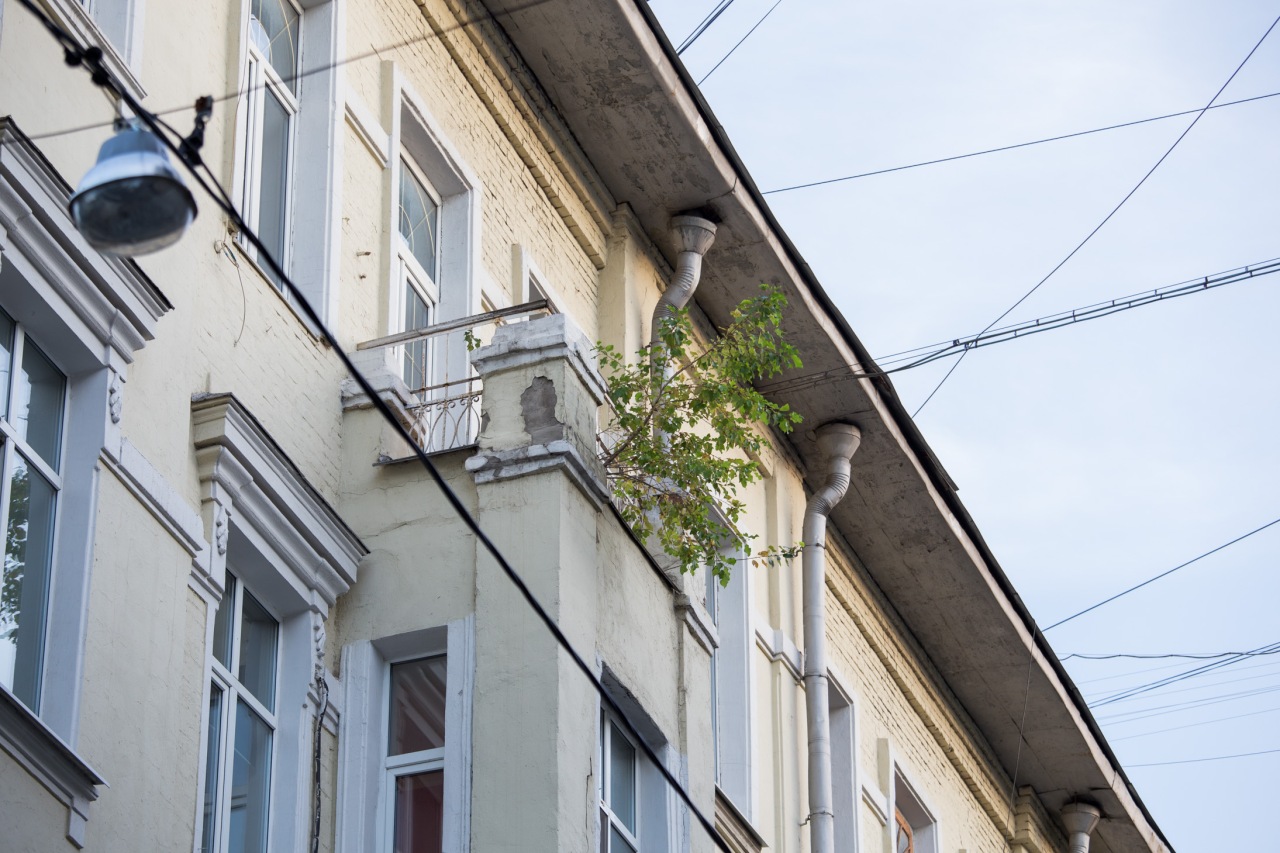 The President of Russia’s humble abode 🙂

To all my Buglaria friends, ДПС is their traffic police… it all makes sense now!! 😀

Lenin monument. You can’t take photos inside, but it was interesting. Quite dark, guards all over, you can’s stop moving or stay for more than 30 seconds (literally). 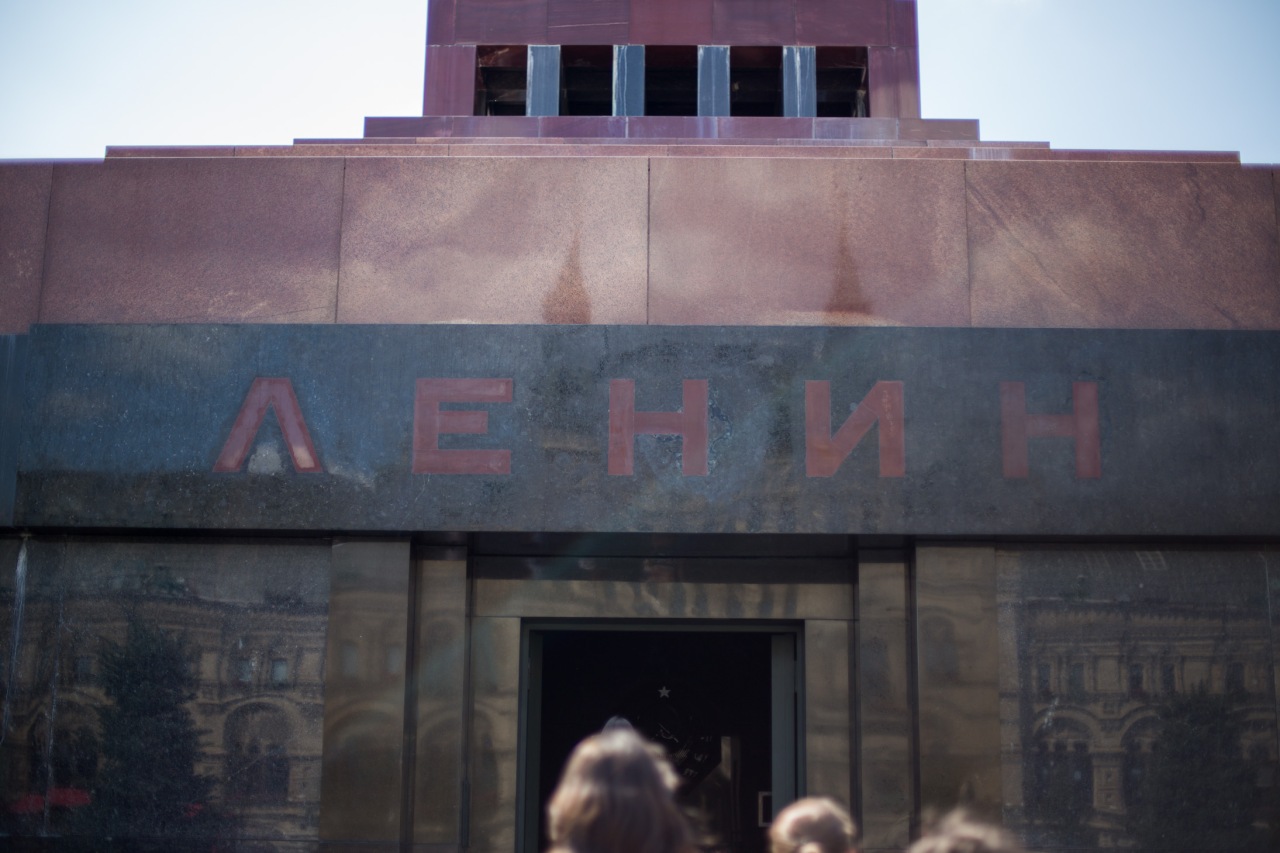 Who is watching the watchers?

The huge Tsar Petar the Great monument, located on a little isle in the Moscow river, right next to the Gorky Central Park of Culture and Leisure. The park is really great, highly recommend to spend a couple of hours there. 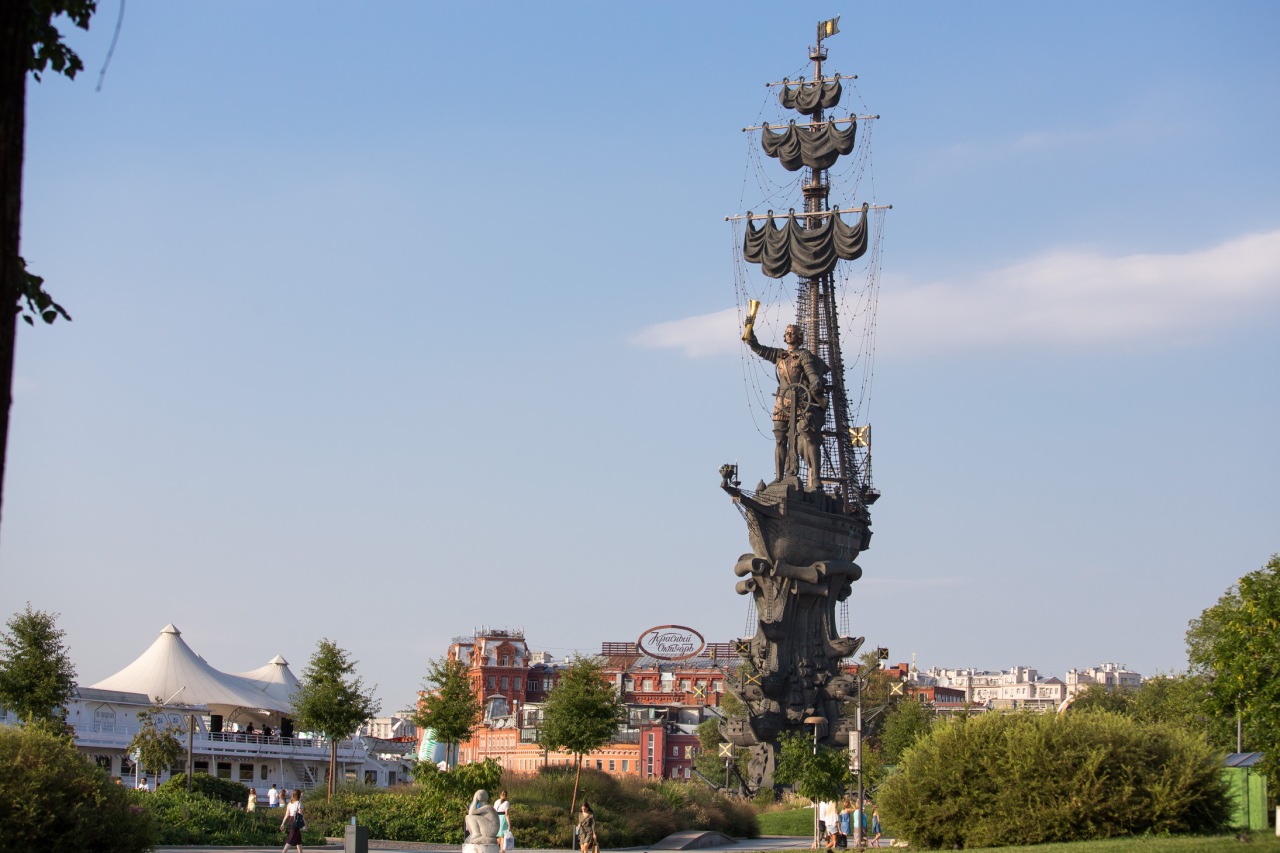 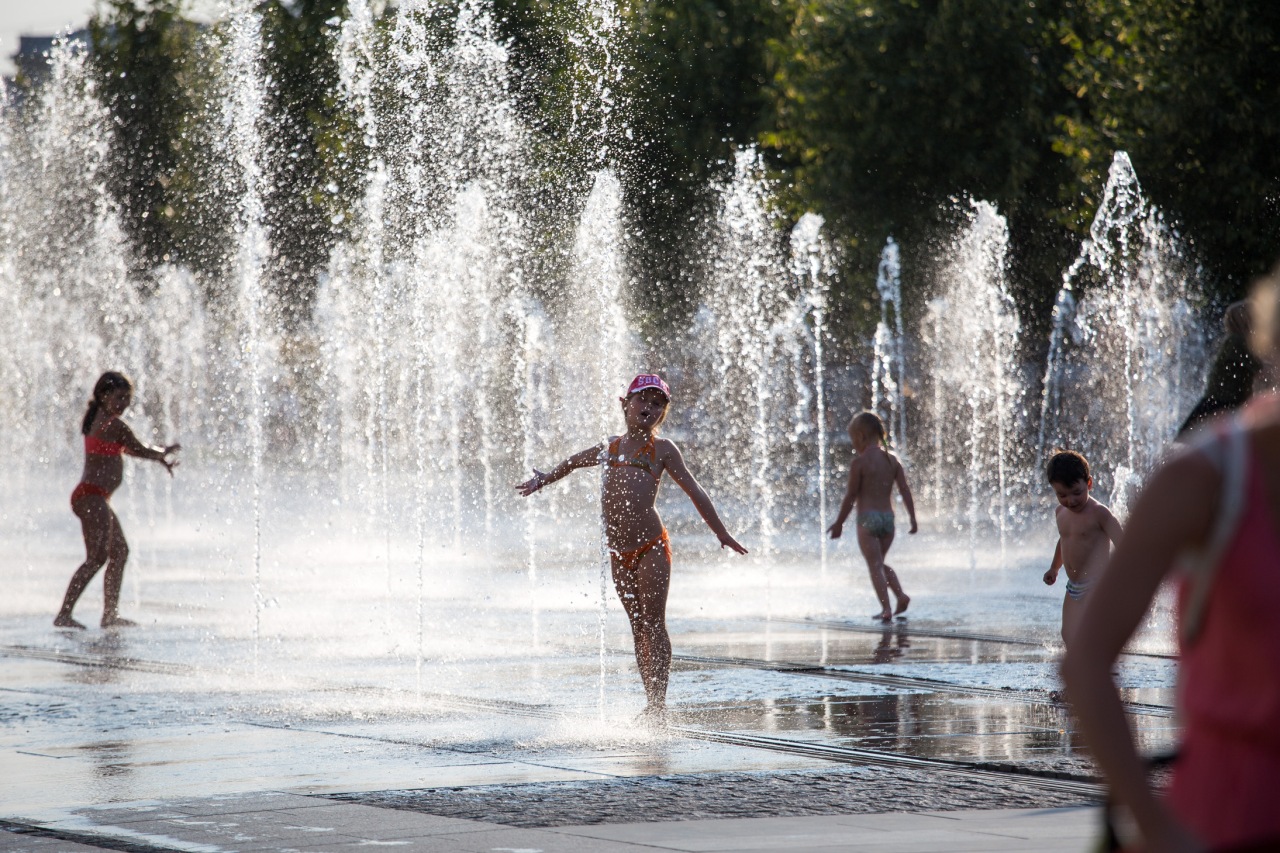 The famous Moscow metro. There are some really cool looking stations (not to mention deep underground), I’ll give them that — not necessarily this one 😉

View from a rooftop bar.